The benefits of l-arginine range from cardiovascular health to increased energy and increased brain function. Because L-arginine is a precursor to nitric oxide, it affects absolutely everything within the body that needs blood circulation to supply, which is, in fact, everything in the body. Researchers have found that l-arginine is a powerful ingredient in memory, learning, and overall brain function. 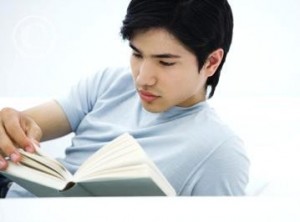 In another 3-month study that involved nursing home residents ages 79 and older, all of whom had cerebrovascular diseases, researchers found that l-arginine increased overall brain function ‘scores’ by 44%. Cerebrovascular diseases are those in which blood flow to the brain declines, leading to dementia and Alzheimer’s. Over the course of the study, these elderly patients showed increased cognitive function in goal setting, memory, and problem solving.

L-Arginine and Blood Circulation in the Brain

With all of that said, l-arginine essentially assists in providing and enhancing healthy blood flow to areas of the brain. Because cells in the brain are constantly ‘working,’ optimal brain function requires optimal blood flow.

L-Arginine and the Human Growth Hormone

The pituitary gland, located at the base of the brain, produces the ‘anti-aging hormone’ that is in charge of memory and aging. In 2008, a study was conducted on the effects of l-arginine in association with the production of this specific hormone, also known as the human growth hormone. The study found that l-arginine benefits the release of the human growth hormone, thus reducing the signs of aging and increasing memory function in the brain.