How Does Positivity Benefit Your Heart Health? (Studies)

Your outlook on life, love and health can actually impact your life, love and health. In fact, maintaining a positive outlook on life can actually improve your health. Sure, you’re thinking, if I’m all of a sudden a happy person I will all of a sudden get healthy. Well, it’s not entirely that simple, but you’re pretty close. Everything from heart attacks to strokes can not only be survived, but can be prevented all together with a positive outlook on life. Seriously. Let me show you how it all works.

2010 Study on Happiness and Heart Disease

In 2010, a study was completed that had followed the lives of nearly 2,000 individuals for 10 years. Researchers determined the individuals who were positive and those who were negative in their thought process. 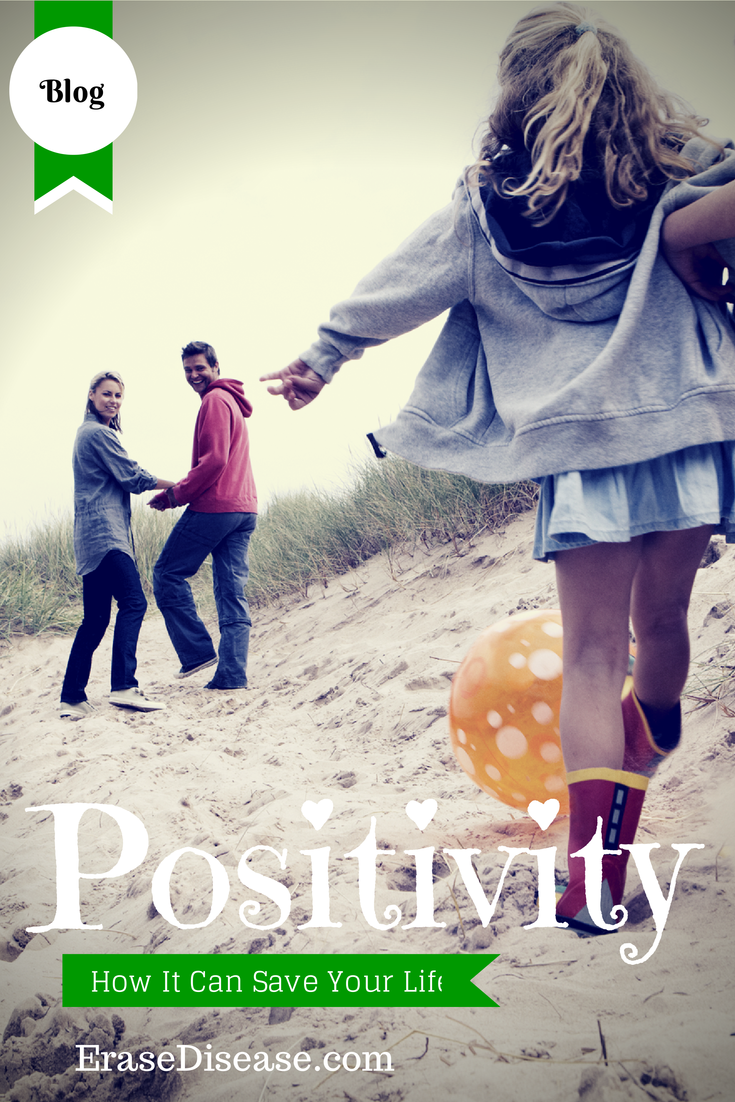 It’s important to keep in mind that even the naturally positive individuals felt anger, depression, resentment and a host of other negative emotions throughout the course of the 10 years, but the feelings were more ‘transient’ and ‘situational,’ not feelings that tended to hang around the positive individual for long.

After accounting for known heart disease risk factors, the researchers found that the happiest people were 22% less likely to develop heart disease over the 10 years of follow-up than people who fell in the middle of the negative-positive emotion scale.

The study goes on to say that people with the most negative emotions had the highest risk for heart disease and people who scored highest for happiness had the lowest risk.

“It is just speculation at this point, but there are several possible explanations for how happiness may protect the heart,” Davidson says.

“If we are able to change people’s level of positive affect we may be able to lower their risk for heart disease,” Davidson says.

2012 Study on Happiness and Heart Health

“Health is more than just the absence of disease,” she said. “It’s also about whether you have meaning, satisfaction and happiness in your life.”

In this 2012 study, an analysis of over 200 previous studies on heart health, researchers found a strong link between life satisfaction and optimism correlated directly with decreased risk for heart disease.

Boehm said that after an analysis of 200 studies published in two major scientific databases, researchers found that factors such as life satisfaction and optimism are associated with the reduced risk of cardiovascular disease regardless of patients’ ages, socioeconomic status, smoking status or body weight.

“The most optimistic people had an approximately 50 percent reduced risk of experiencing an initial cardiovascular event compared to their less-optimistic peers,” she said. “From the research, it also appears that these positive factors slow the progression of disease.”

2013 Study on Happiness and Health

While the hedonic and eudaimonic groups reported the same levels of positive emotion, their genes told a different story, according to the study, published in Proceedings of the National Academy of Sciences.

“What this study tells us is that doing good and feeling good have very different effects on the human genome, even though they generate similar levels of positive emotion,” senior author Steven Cole, a UCLA professor of medicine, said in a press release. “Apparently, the human genome is much more sensitive to different ways of achieving happiness than are conscious minds.”

Researchers say humans likely evolved this capability in order to fight changing threats, and carried it into contemporary society to respond to social or symbolic threats.

So there’s a chance that performing random acts of kindness may help keep you healthy. At the very least, it can’t hurt.

So, how do you become a happy person? We’ll leave that for our next blog installment. In the meantime, it can’t hurt to try Cardio Juvenate, our little secret to lower blood pressure and a stronger heart.