Unemployment, Stress and Your Heart 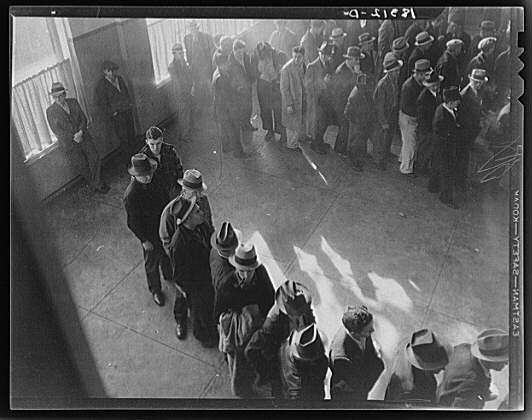 We all know well the detrimental affects that stress has on the heart and cardiovascular health. Stress wreaks havoc on our bodies, increasing heart rate and blood pressure, and ultimately increasing a person’s risk for heart attack and stroke. Unfortunately, too many U.S adults are under a great deal of pressure and stress during the 2012 holiday season due to high unemployment numbers and shrinking holiday budgets.  Naturally lowering blood pressure with arginine supplements like Cardio Juvenate can help decrease some of these stresses, as well as maintaining a steady job, according to new research out of Duke University.

After the first job loss, the increased risk of heart attack during the study period among the unemployed was around 22% compared to those still working, but that risk increased to 63% after four or more bouts of joblessness. –CNN.com

The study goes on to say…

On top of those factors, there is also an increased threat to return to bad habits, such as smoking, fast foods, drinking, and inactivity.

Increased stress, according to WebMD, elevated levels of the hormones adrenaline and cortisol, which great increase heart rate, increase blood pressure as well as cholesterol levels, and alters the immune system. Stress has an amazing influence on the body, from blood flow to digestion, reproductive systems and brain function.

The flight-or-flight response, which releases adrenaline and cortisol, is a self-regulating, stress-response system. If it is constantly turned ‘on’ the body is constantly battling itself.

It is imperative that you take control of your own body and be in charge of that flight-or-flight response. While it’s a natural response to stress, you can lower stress in your life and naturally reduce blood pressure. Check out the links below for ways to decrease stress and naturally lower blood pressure: