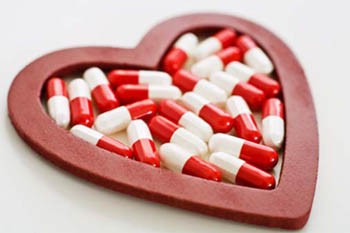 A new study has been released that shows that commonly-prescribed medications aimed at treating heart disease may be getting overused by doctors and thereby patients. Also known as beta blockers, these drugs often come with a bevy of side effects that can be more than a little bothersome. What’s more is that oftentimes, heart disease-related issues can be controlled by more natural methods, and lifestyle choices, including the use of arginine supplements, which can have a host of other benefits to the body.

The study, done by NYU Langone University researchers, studied beta blocks and the effects they have on those that take them. Researchers cautioned against taking the study results too literally, as further inspection of the issue is needed. The study showed that those with heart disease were found to be no more likely to die from heart-related issues than those people not on beta blockers.

The study also looked at the fact that doctors keep their patients on beta blockers to prevent heart attacks and strokes, the effectiveness of which is still up in the area, according to researchers associated with the study. After following study participants, the end result was the people didn’t fare any better taking a beta blocker than those that weren’t taking them.

In addition to taking arginine supplements, heart disease can be managed through lifestyle changes such as diet and exercise. Blood thinners can also be utilized, such as taking a simple aspirin.