Heart Attacks May Be Asymptomatic 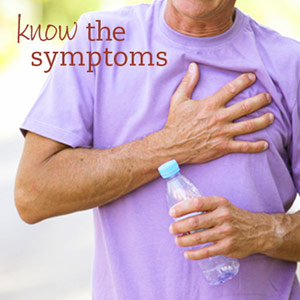 When it comes to the signs of a heart attack, the symptoms are well known and include: clammy skin, chest and/or stomach pain, shoulder pain, nausea, shortness of breath and more. But according to a new study conducted in Iceland, for each heart attack that occurs with symptoms, there are two more that slide under the radar with few to no warning signs. Therefore, it is prudent to monitor overall health, including heart health, in any way possible. This might include a proper and nutritious diet, plenty of exercise and the inclusion of arginine supplements into your daily regimen.

The study looked at just over 900 older men and women in Iceland and found that roughly 17 percent of them had the signs of a heart attack that had gone unrecognized. This was characterized by scarring of a blood vessel blockage in the heart muscle, found using MRI imaging. Less than 10 percent of the people that participated in the study had any commonly recognized symptoms associated with a heart attack.

The danger of these heart attacks is that people don’t know to take steps, such as including arginine supplements in their daily regimen, to stave off future heart episodes. According to the study, of the 157 people that had asymptomatic heart attacks, 44 of them died with eight years of the initial episode.

Diabetics, in particular, may have a more difficult time noting the signs of a heart attack, since their symptoms are often chalked up to diabetic episodes. Ironically, diabetes puts you at greater risk for heart disease as they disease works on destroying all areas of the body, including the heart. In fact, when it comes to symptoms of any type, diabetics should always be monitored for a deeper-rooted, underlying health issue.

This may necessitate a need to more closely monitor patients that have had heart episodes that weren’t accompanied by symptoms. It may also mean more aggressive treatment plans to prevent future attacks. This could include recommending supplements like arginine supplements, which increase the flow of oxygen in the blood, helping to prevent blockages that lead to heart attacks.

This may also include the introduction of medications in addition to arginine supplements to aid in better heart health as well as the suggestion of major life changes that can ensure better overall health. It is also always best to get symptoms checked out in the interest of being safer than sorrier when it comes to a potential heart episode.