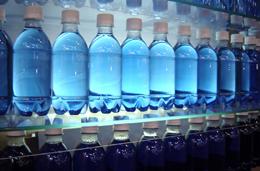 Heart disease is prevalent in American society and is the leading cause of death in the U.S. There are a number of risk factors that play into a person’s risk of developing the disease, from family history to poor nutritional habits to leading a sedentary lifestyle. However, there are also a number of other indicators that may be linked with the development of this condition. It is important to know what the associations are when it comes to heart disease, as an informed individual can better manage their health.

According to a new study, higher levels of BPA, which is the chemical bisphenol, in a person’s urine may be an indicator for the narrowing of the coronary arteries, propelling the developing of heart disease and an increased risk for heart attack. This chemical is often used to package foods, and has been for the last 40 years. It is also used in liners for beverages and metal food containers. In fact, according to David Melzer, a researcher associated with the study, just about everyone has a detectable level of BPA in their urine. However, the study shows there is an association between the presence of BPA in someone’s urine and the amount of blood able to flow through the arteries of the heart. According to Melzer, people with narrowed arteries that participated in the study had higher levels of BPA in their urine stream. However, heart disease experts caution against putting stock in the fact that higher levels of BPA cause the condition, versus the traditional risk factors of poor nutritional habits and a lack of physical activity, among several lesser-known factors.

It should be noted at the U.S. Food and Drug Administration has been looking at the effects of BPA for a number of years, and in 2011, banned the chemical in the manufacturing of baby bottles and children’s sippy cups. Research has been done in animals that alerted researchers to the chemical’s potential to cause heart disease, as well as other conditions and diseases, including diabetes, reproductive diseases and more. Through the FDA’s investigation, to date, the evidence doesn’t necessarily show negative effects of BPA when exposed in lower levels of the chemical. Keep in mind, though, that everyone’s reaction to this chemical is different as some may have more sensitivity to exposure.

This is Melzer’s fourth study in terms of the association between increased levels of BPA and heart disease. In each study, he found a correlation between the condition and the chemical, despite the findings of the FDA. While experts cautioned against people panicking over the exposure, it is important to be aware of this chemical and others that might be present in everyday items you use or foods that you ingest. It is also key to be aware of how your family history might play a role in the development of the disease, so that you can take steps to mitigate the risk factors associated with the development of heart disease.